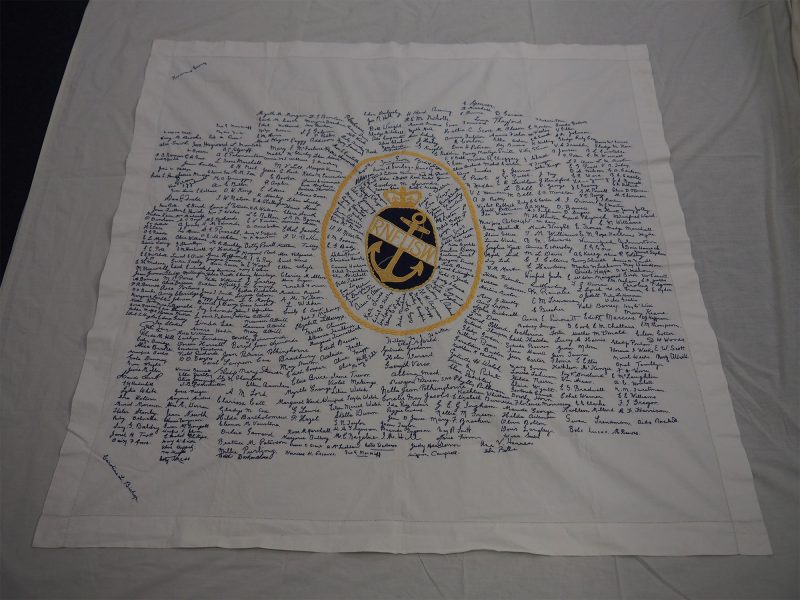 White cotton cloth with the emblem of the Royal Naval Friendly Union of Sailors' Wives (RNFUSW). The emblem is a yellow anchor appliquéd at an angle against an oval, solid navy background, encircled with an embroidered yellow rope and topped with a yellow crown. The anchor is crossed with a white band on which 'RNFUSW' is worked in yellow satin stitch. Around the emblem but within a larger, outer oval of embroidered yellow rope, there are names worked in navy stem stitch. Many other names, also embroidered in navy, cover most of the rest of the cloth.