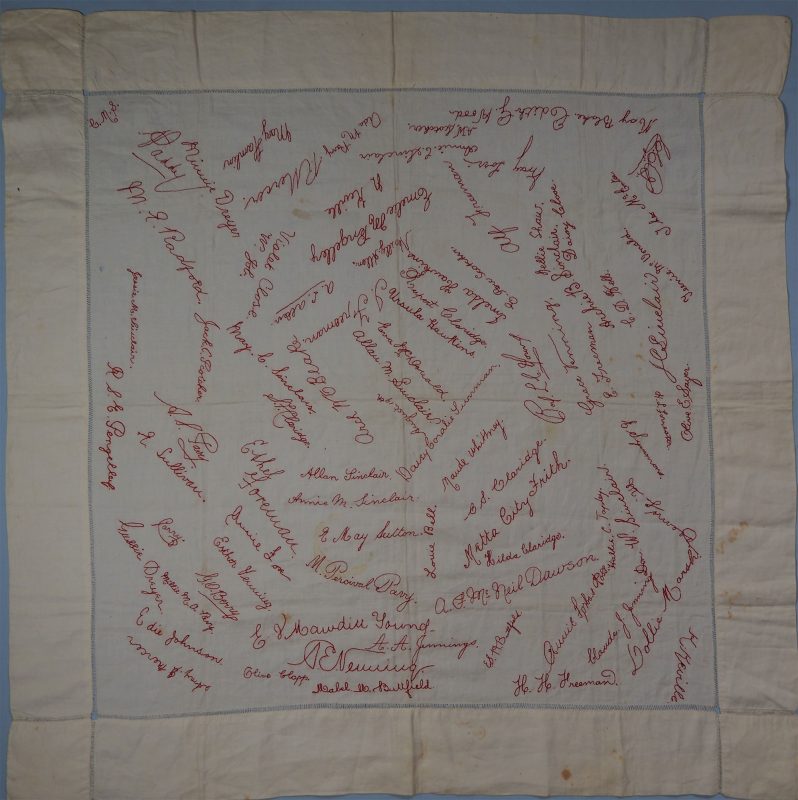 A cream linen cloth with a 7.5cm drawn thread work hem. The date in the centre of the cloth is 'August 19th' but there is no year. Red signatures are scattered all over the cloth. Previously known as the Red Signature cloth, the local historian believes the names to be from the Narridy district. The date of the cloth probably precedes 1910 as the maiden name of the historian's mother is on the cloth and she married in 1910.

Commemorative? From the Wikipedia article: 'It formerly had a hotel, the Narridy Hotel, which served as a meeting place for the local area. The building had a dramatic partial collapse on 19 August 1904 and does not appear to have reopened'.