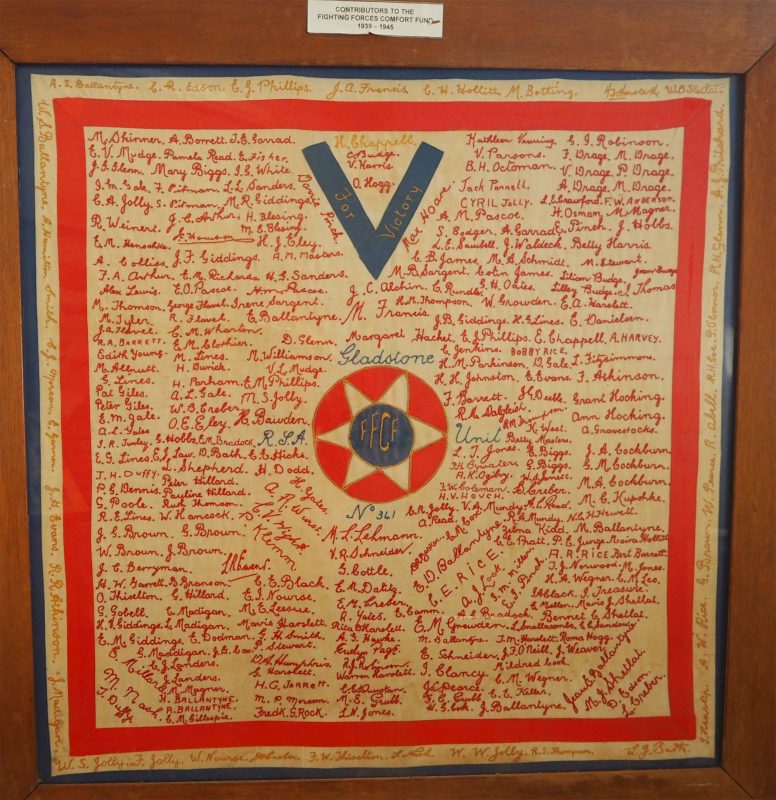 An ecru cotton banner with a central round medallion. The round blue appliquéd centre with 'FFCF' stitched in gold is encircled by 6 ecru triangles. Red inserts between the triangles complete the medallion. All applied fabric sections of the medallion are chain stitched along each edge. 'Gladstone' is stitched in blue above the medallion and 'Unit 341' is stitched below. 'RSA' and 'Unit' is stitched either side. In the centre at the top is a machine appliquéd 'V' with 'For Victory' stitched in gold on it. The cloth is framed behind glass. The cloth has three borders starting with a dark blue border at the outer edge. Inside this blue border is an ecru border covered with signatures in gold thread and then inside this border is there is a further 3cm red border. The bulk of the signatures are stitched in red over the entire cloth, predominantly in vertical rows inside the red border.