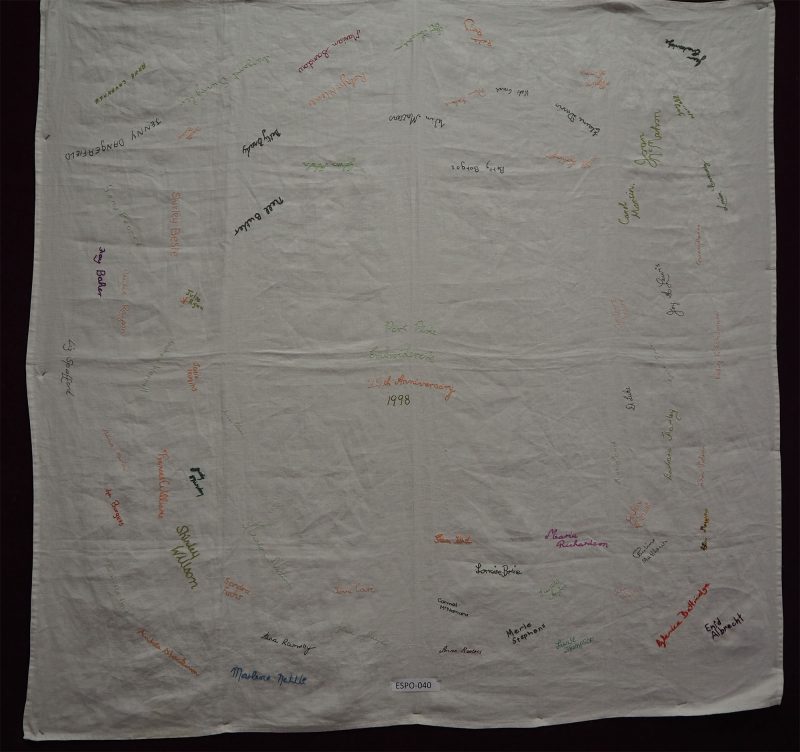 White damask tablecloth embroidered with multicoloured signatures, initially to commemorate the 25th anniversary of the Port Pirie Branch of the Embroiderers' Guild of South Australia The text in the middle of the cloth reads "Port Pirie Embroiderer's 25th Anniversary 1998".

Commemorative. Since being created to celebrate the Port Pirie Branch's 25th anniversary, the cloth was updated with signatures of the branch's current members in 2018 for its 45th anniversary.