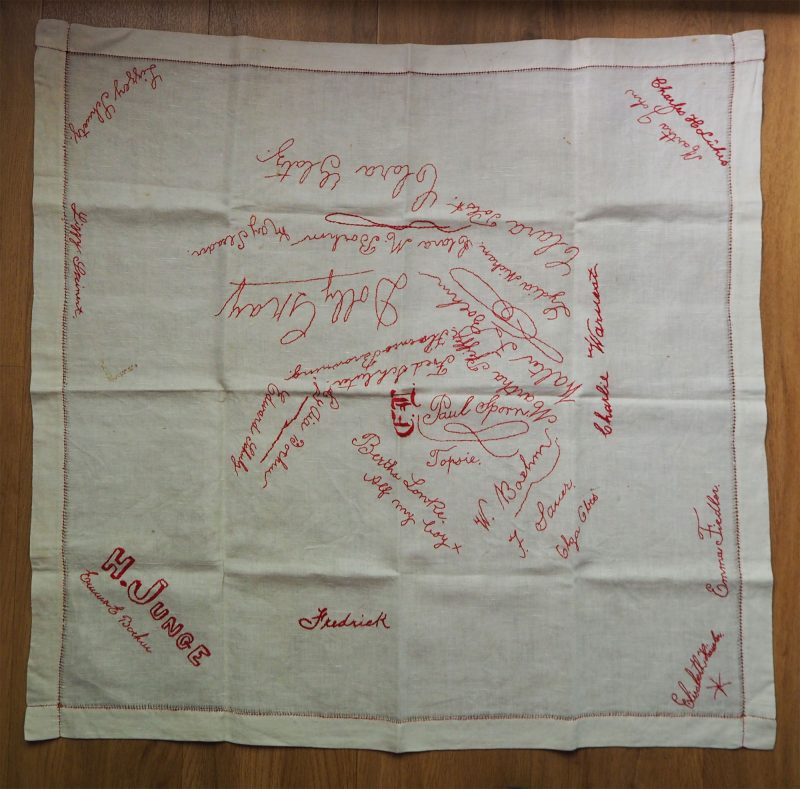 Commemorative. Thought to commemorate the engagement of Emma Lowke. Names are well known in the Barossa. The owner writes: "The red stitching on white is a local cloth I bought. The centre initials are EL which was Emma Lowke, who married Paul Sporn (His name is also on the cloth) They were married at Light Pass (Barossa Valley) on 8/2/1904. Because of the use of her Maiden name initials, the cloth was presumably made before her marriage. I have always thought it was possibly done at an engagment party - if they had such a thing, or maybe a federschleisen? (feather plucking) evening which was more traditional here in the Barossa. HOWEVER, one of the signatures says 'Bertha Lowke, Alf my boy' (see photo). This was Emma's sister, and she married Alf Mader on 2/12/1901, so the cloth must have been made before that marriage date, again because of the use of a maiden name....ie obviously not made for Emma's pre-marriage celebrations??? Anyway, as you can see there are lots of local German surnames as you would expect."