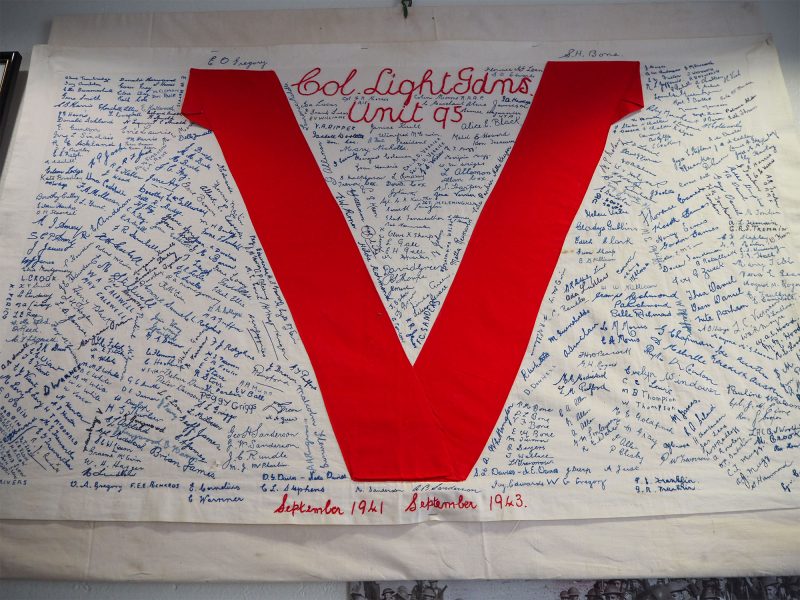 White linen or cotton banner with a large red central "V" surrounded by embroidered blue signatures. Text embroidered in red at the top and the bottom of the banner "Col. Light Gdns Unit 95" and "September 1941 September 1943", respectively. Stem Stitch.

World War II. Fighting Forces Comforts Fund? Fundraiser. Purpose was to raise money for the Cheer Up Hut in Colonel Light Gardens near the existing RSL building. Patients on leave went to the Cheer Up Hut. People paid threepence to have their name embroidered on the flag.