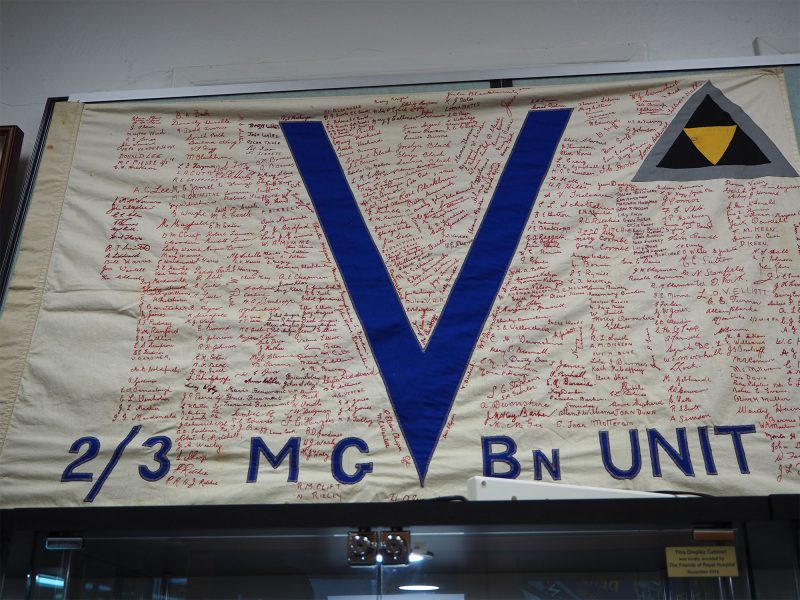 Cream calico banner with a large royal blue central "V" surrounded by embroidered red signatures.There is a large triangular unit colour patch in grey, black and yellow in the top right corner. Text appliquéd in blue at the bottom of the banner "2/3 M G BN Unit".

World War II. Fighting Forces Comforts Fund? Fundraiser Purpose was to raise money for war widows. People paid threepence or sixpence for an embroidered signature on the flag. Volunteers at the Repatriation General Hospital Museum offered the following information: "Many of the soldiers in this unit were prisoners of war in Java or lost in transport so the money raised was used to support the families of these soldiers". There is no supporting documentation. 2/3 MG BN Unit: 2/3rd Machine Gun Battalion.