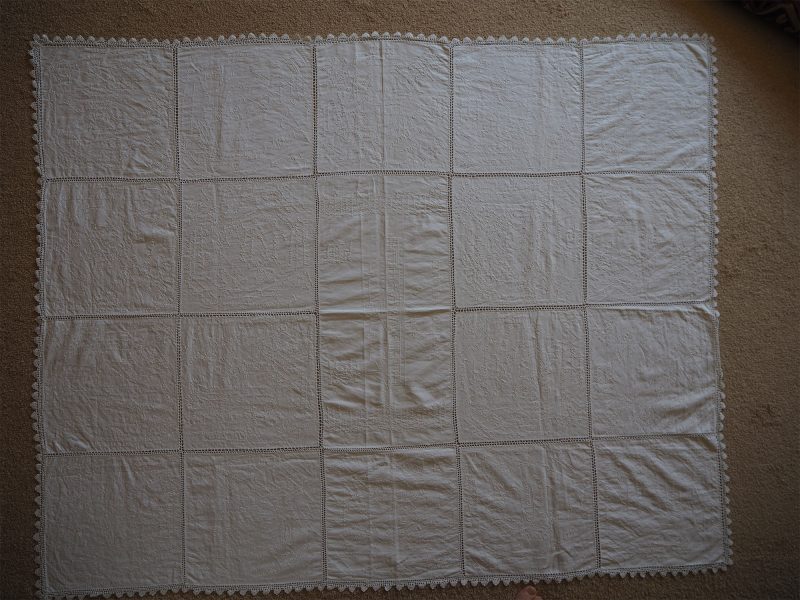 White linen signature cloth with white thread embroidey. It consists of 20 squares joined together with crochet. Two squares make up a central picture panel. There is a crochet border around the edge. Names are embroidered with white thread.

Presented by the Riverton Art Class 1923