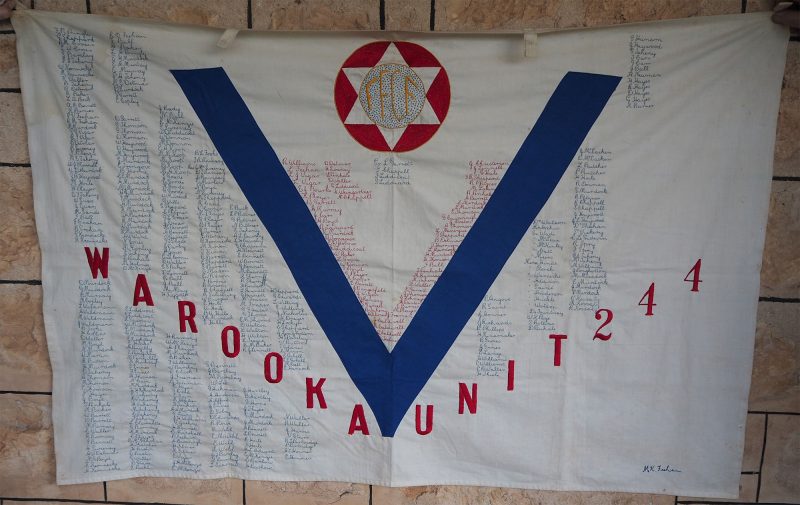 Cream cotton calico banner with four calico tabs along the top edge for pinning up purposes. There is a large blue 'V' appliquéd in the centre of the cloth. 'Warooka Unit 244' is embroidered in red satin stitch in a V formation below the large 'V'. Names are back stitched with blue or red stranded cotton. The 'FFCF' medallion is centred at the top of the banner. It contains a six pointed ecru star on a red background. A high sheen thread has been used to embroider the fly stitched background of the centre of the medallion. The letters and border of the medallion are worked in satin stitch. Lazy daisy stitch has been used to fill the red background.

Fighting Forces Comforts Fund. World War II. Fundraiser. Worked by MK (Monica) Feeham. Many members of Nola Murdock's (President of the Warooka and Districts Museum as at 2019) family are on the banner. Nola's name is on the banner and she confirmed the date of origin as 1939. Nola believes that the cloth was completed in 1944 as it includes the names of a couple who were married in that year.