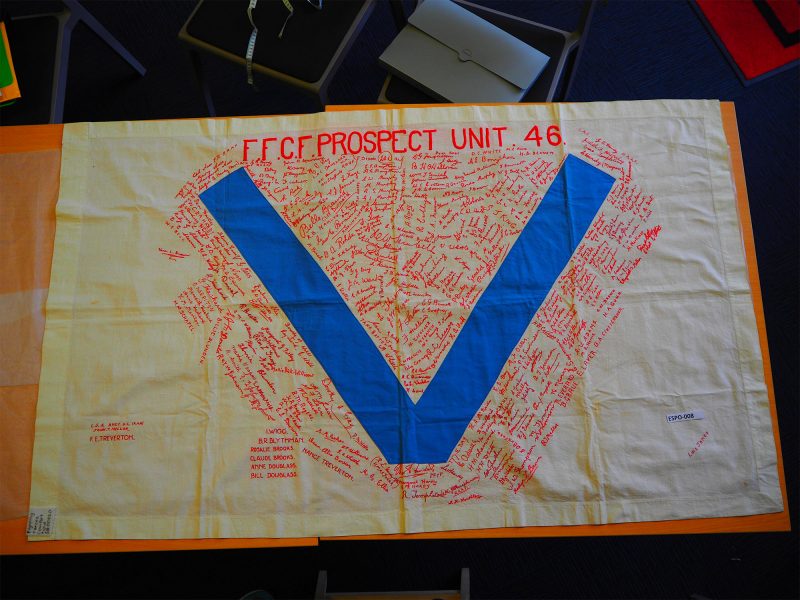 World War II. Fighting Forces Comforts Fund. Believed to have been started in 1941, the banner, called a "Victory Flag" in the minute books, was created to raise money.