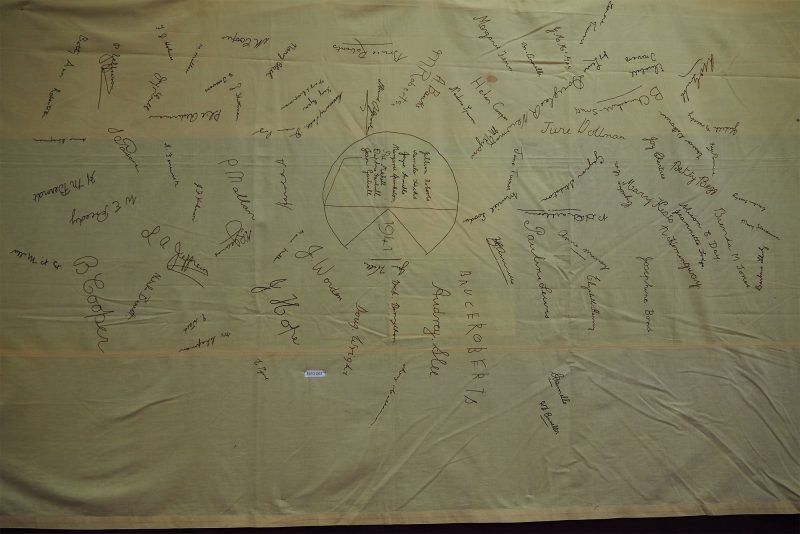 World War II. Fundraiser. Worked as a fundraiser with the funds raised to be used to buy wool for the club members to knit items for children in hospital. The girls who organised the bed cover are listed inside the cipher. The quilt was made by The Junior Knitting Club whose initials form the cipher. This club was formed by a group of 12/14 year-olds in 1939 to make toddlers' jumpers for Adelaide Children's Hospital as they were in need - everyone was knitting for the armed forces at that time. Members were issued with a hand-written certificate, a copy of which is held in the file. It reads: "Junior Knitting Club - In signing this card I Promise to work loyally for the children who need our help so much. I promise to pay all fines that the club think ought to be payed. I will make as many things as it is in my power to do and I will give 3d [three pence] in at every meeting I attend. Name .. Date .. Secretary's Signiture. Once this form is signed the person who applied for it is a qualified member and shall receive her badge." The 1941 Group were about 12-14 years old. A charge, probably one shilling, was made to add a name and the money raised was used to purchase knitting wool. The group continued until about 1943/4.